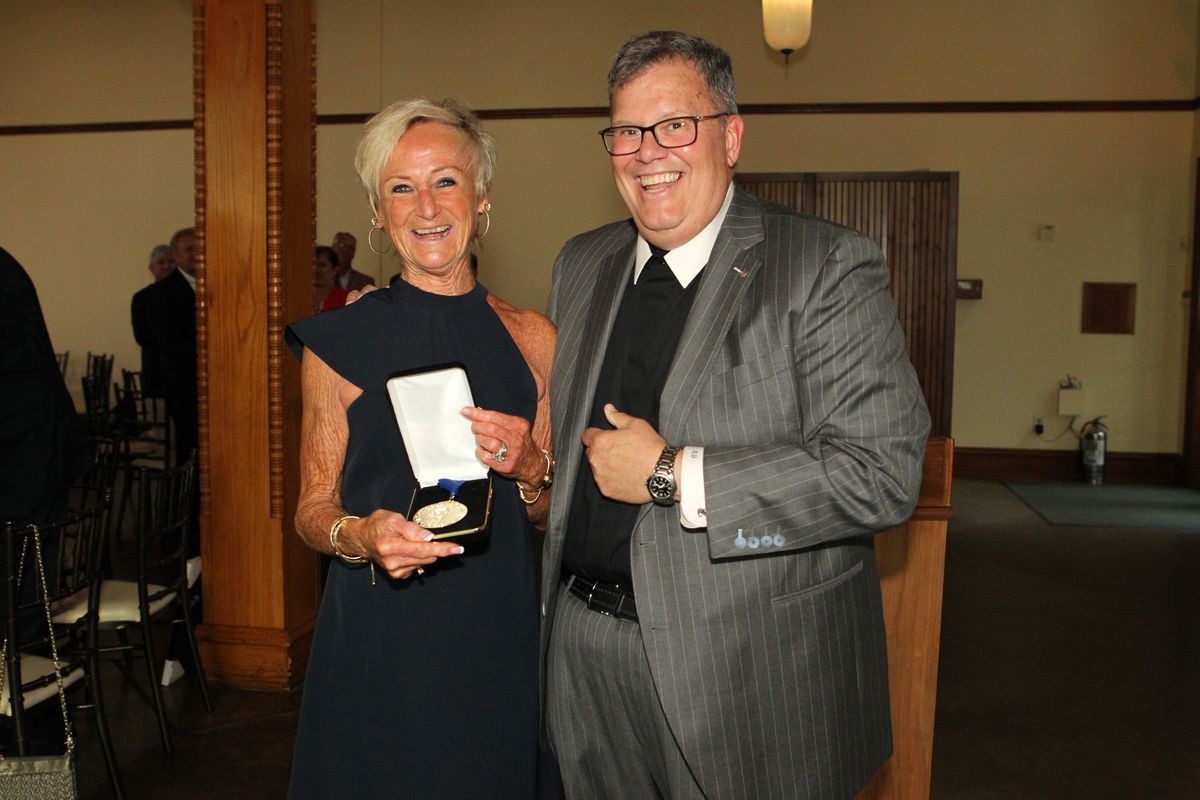 Continuing the school's recognition of the "Women of La Salle College High School," the President's Medal was awarded on June 13, 2018 to Mrs. Mary Moran.
Share to FacebookShare to TwitterShare to LinkedInShare to PinterestShare to EmailPrint this page
CarabelloC@LSCHS.ORG
Jun 21 2018 1:18 PM

Continuing the school's recognition of the "Women of La Salle College High School," the President's Medal was awarded on Wednesday, June 13, 2018 to Mrs. Mary Moran. Brother James Butler, FSC recognized that the circle of those supporting La Salle College High School has expanded and chose to award the President's Medal to someone whose own contributions to La Salle and its Mission is representative of those people whom the school has come to rely. He presented the award to Mrs. Moran at the conclusion of the Board of Trustees Dinner at Knowlton Mansion for her commitment to and love for the institution. Mrs. Moran, AKA "Mrs. La Salle", fulfilled the role with grace, care, passion, and joy as she has supported her husband, Bob Moran '69, during his terms as President of the Alumni Association, member of the Board of Trustees, capital campaign leader, and most recently, as Chair of the Board of Trustees.

During his presentation, Brother James commented, "Mary, throughout these long years in which you have been married to Bob and married to La Salle, your involvement and interest have pointed to the value of both our Mission and of the people who make up our community. You could have just let Bob 'do his thing,' but instead you made it your thing — in a way that is unique and different from Bob's but which is every bit as enthusiastic, committed, and effective. In making our boys your own in so many different ways, you fulfill Saint La Salle's injunction that his followers should function as Guardian Angels to the young people entrusted to their care, loving them as a sign of the love God has for them. In difficult times and in good, you have shared your life with that of this school and its family. "