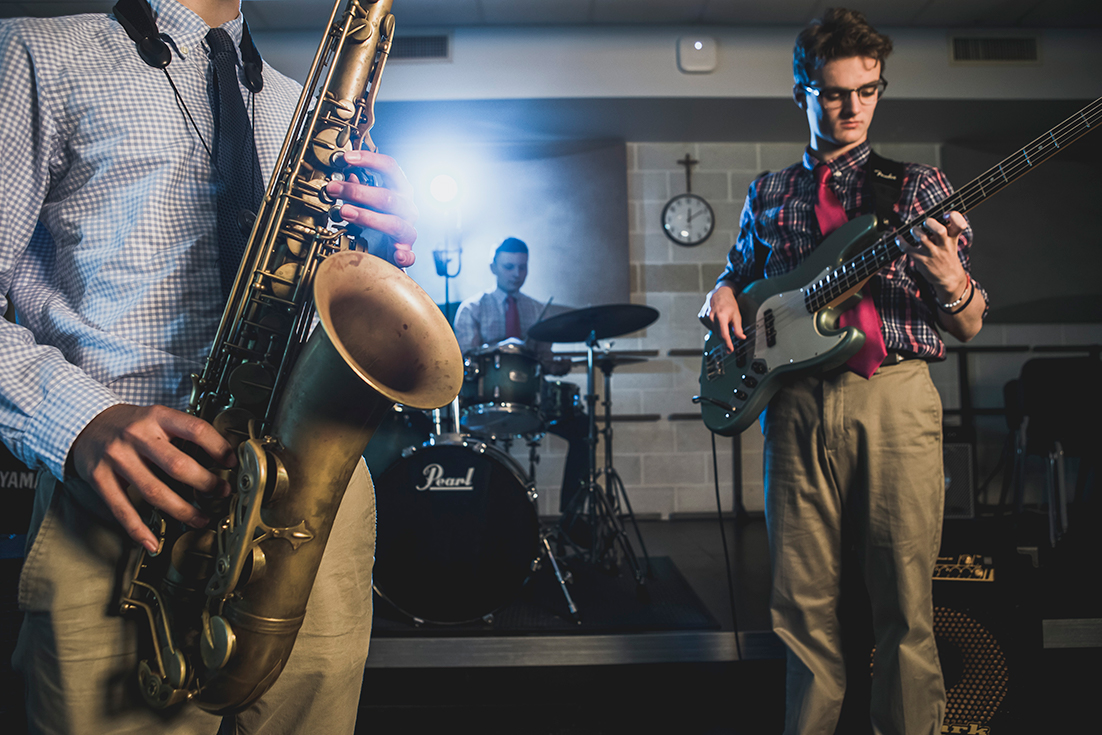 La Salle College High School has many opportunities for the aspiring young musician, including scheduled band classes during the school day and private instrumental instruction. La Salle musicians participate in several extracurricular bands as well, including the pep band, which cheers on the football team from the stands; the pit orchestra, which provides all the music for La Salle’s musicals; and the acclaimed competition jazz band.The competition band showcases 20 of La Salle’s most talented musicians and has enjoyed great success under the leadership of Mr. Joe Vettori.

For more information on La Salle academic Music Department, click here. For La Salle's various bands, in addition to upcoming events, news and announcements, and information for parents, see the links to the left.

The competition jazz band is the pinnacle of the La Salle music program. Its members are chosen through a rigorous audition process and are all talented musicians. The competition band meets two days a week after school, and, around competitions, during the school day. Under the leadership of Mr. Joe Vettori, the band has enjoyed considerable success over the past several years.

The 2013-2014 Competition Band had a great season. In the Cavalcade of Bands Championship, La Salle received a score of Superior with Honors. This is the highest rank a band can earn and is indicative of a lot of hard work and dedication. Drummer Kevin Blanke '14 also recieved an honerable mention soloist award. Additionally, the band received the Best Trumpet Section award at almost every competition.

Congratulations to the members of the Competition Jazz Band! Thanks to everyone who contributed to their great success, especially Mr. Joe Vettori. 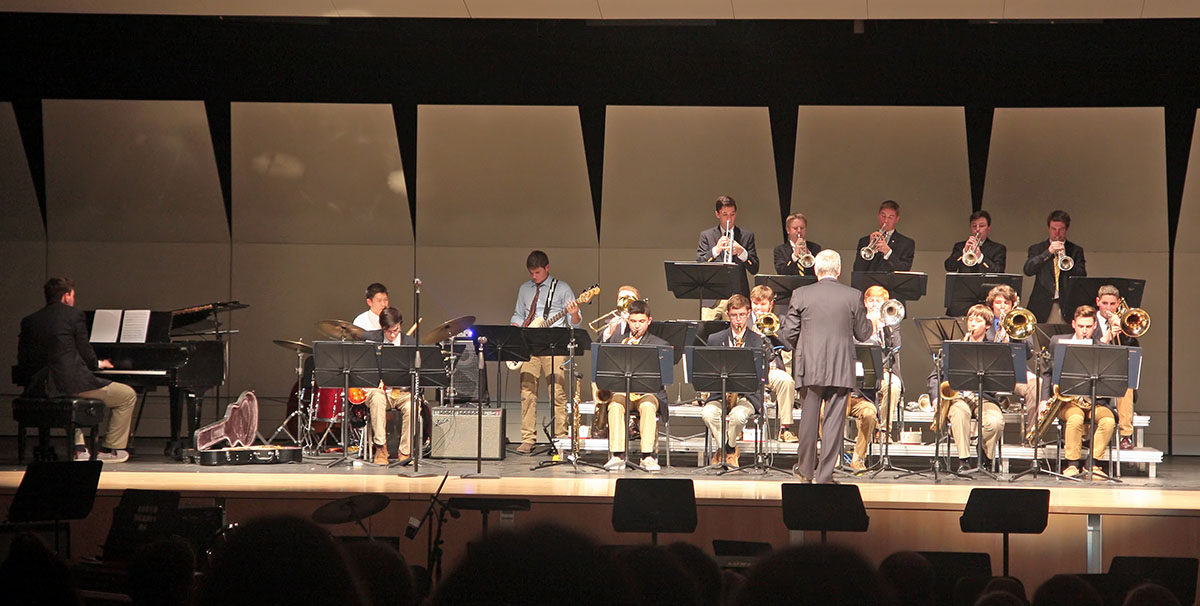 The Lab Band is like the JV team to the Varsity Competition Band. Students are selected based on their performance of a provided audition piece. The Lab Band rehearses twice a week after school as well as during some 5th period band classes during the competition season. Under the direction of Mr. Dennis Wasko, the Lab Band has achieved tremendous success and grows more competitive every year.

The 2014 competition season was the Lab Band's best season in its history. At the Cavalcade Championships, the Lab Band recieved a Superior rating, the highest one possible, for the first time since its inception. In addition, the band tied for first place in its division and earned the Best Trumpet Section award.

Every year the Lab Band reaches a higher level of performance and it continues to make the La Salle music program one of the best in the Philadelphia area. 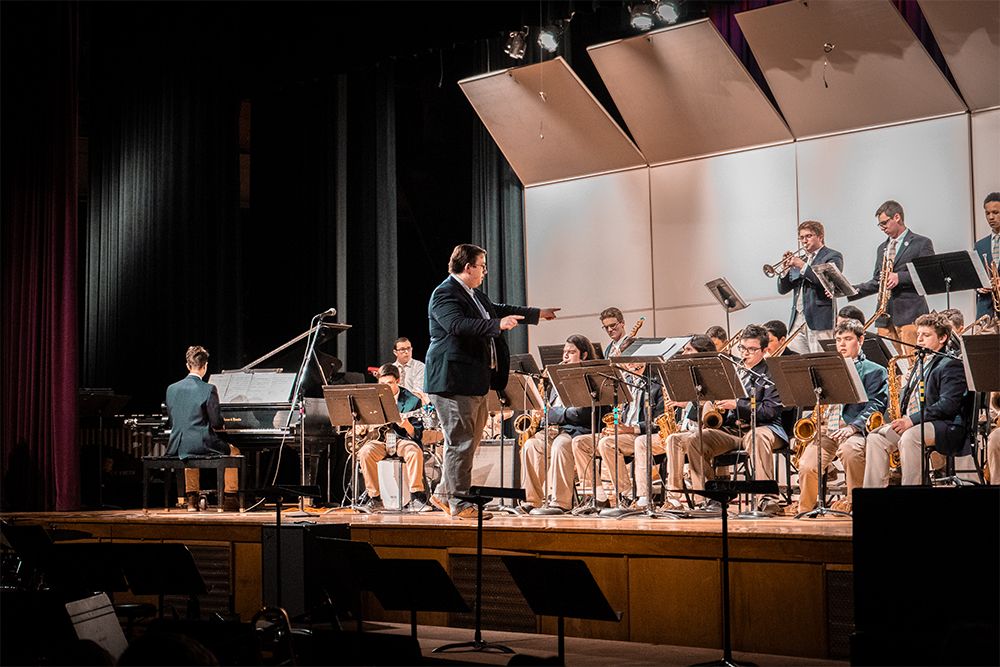 A group of very dedicated La Salle musicians that cheers on the football team and excites the fans from the sidelines at every game. They play stirring crowd favorites such as Ozzy Osbourne's "Crazy Train" and Earth Wind and Fire's "In the Stone." The students in the pep band meet throughout July and August to select and practice their repertoire of songs and prepare for the upcoming season.

Any student who plays an instrument in one of La Salle's jazz ensembles is welcome to join the pep band. All members get free bussing and admission to every football game.

La Salle students exclusively provide all music for the school musicals. About 15 musicians volunteer, devoting many hours to practicing additional, often difficult, pieces, and then rehearsing them at length with the cast of the musical. The pit orchestra is directed every year by a senior Band Officer, so all the music in the show is entirely student-produced. 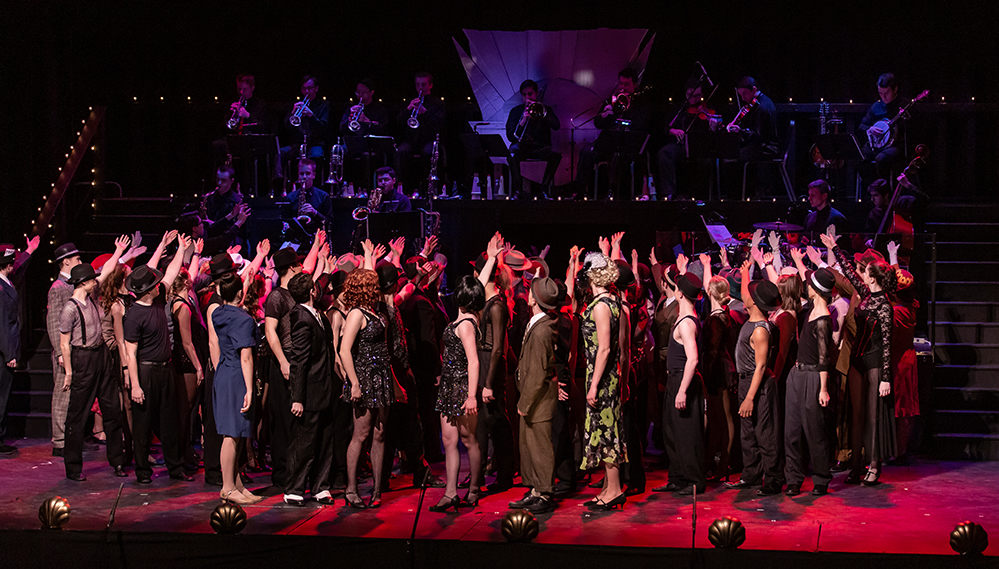